Media Action Research Group (MARG) is an intersectional feminist collective that researches with grassroots media activists to co-produce knowledge toward transformative social change. Since 2013, we have had a multi-year research grant from the Social Sciences and Humanities Research Council (SSHRC) to support our work.

We aim to disrupt how academic research is done traditionally by using alternative methods and making media activism central to this project. We want to make this project useful for media activists on the ground by writing accessible research findings, creating activist resources such as videos, offering collaborative workshops, organizing conferences, and partnering with media activist groups.

Using a methodology called “Participatory Communicative Action Research”, the process of relationship building through collaboration is central to our project.

We have included a diverse array of grassroots autonomous media activism in terms of genre, from radio and print to video and online media. We prioritize media projects organized by, for, and with marginalized communities who have otherwise been systemically excluded from more dominant forms of media across intersectional identities reflected in queer, trans, anti-racist, feminist and anti-colonial media projects.

Our research findings have been presented at conferences and published in journals and books. MARG has also organized the Media Action Research Conference in 2016. Click here to read more. 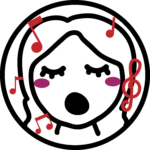 Active in alternative media for over 15 years, in print and community broadcasting. She is the founding editorial collective member of Upping the Anti: A Journal of Theory and Change, and has sat on the board of The Media Co-op. 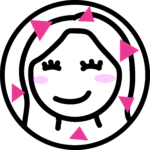 Lakehead University Alumni with a degree in Media Studies. She is passionate about current events and amplifying marginalized voices through a variety of media forms. 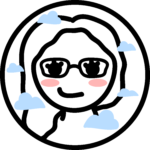 Kamilla has been involved in social justice organizing since the early 2000s as part of the alter-globalization movement; currently she is involved in the growing transit justice movement in Toronto. 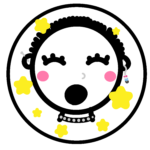 Lakehead University Alumni with a degree in Media Studies and will be attending Humber College for post-graduate studies in 2019/2020. She looks forward to continuing to create and share media that creates positive social impact. 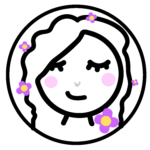 Lakehead University Alumni with a degree in Media Studies and is an aspiring journalist. She is committed to developing her knowledge of political systems, intersectional social justice and ethical reporting. 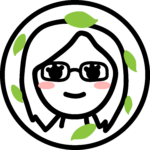 Barbara is finishing her undergraduate studies in journalism at University of Sao Paulo (Brazil). 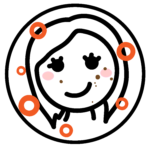 Luiza is in her fourth year of the undergraduate program of Political Science in the University of Brasilia (Brazil). She is passionate about everyday politics and is a firm believer in the power of knowledge. She is a co-founder and financial director of an NGO dedicated to introducing debates of climate change, gender equality and LGBT+ rights in Brazilian public schools. 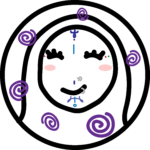 Cassandra is currently studying for her Masters of Education at Lakehead University after having earned a BFA from Concordia University in Intermedia & Cyberarts. She has been involved in grassroots community organization in the arts for over 10 years, specialising in facilitation that operates from an eco-centric, healing modality.

MARG collaborates with many media activist projects to support their work and link their activism to our research. Here are some partnerships we have created:

The Alternative Media Movement Assembly is a gathering dedicated to bringing together journalists and activists who are organizing in alternative/grassroots media to create shared, unified, political projects on a broad range of issues around building media and communication infrastructure.
MARG provided staff support to organize the Alternative Media Movement Assembly for the 2014 People’s Social Forum in Ottawa, ON. The assembly had around 100 participants and we continue to work with the network to continue ongoing discussion and possible meet-up’s in the future.

The Media Co-op is a coast-to-coast network of local media co-operatives dedicated to providing grassroots, democratic coverage of their communities and of Canada.
MARG has provided support for the Media Co-op to hire an outreach editor to build capacity and provide editorial support. This position is a one-year contract where the Editor will provide reflections and feedback on the co-op model in activist media.

‘Pjilasi Mi’kma’ki’ is a bilingual Mi’kmaq/English podcast hosted by Annie Clair, traditional Mi’kmaq woman from Elsipogtog First Nation, New Brunswick. She is a mother of four and a grandmother of three. She has been a suicide prevention worker and a youth worker, among other jobs. The purpose of this podcast is to not only promote the preservation and continuation of the Mi’kmaq language, but also to discuss, truthfully, issues related to struggling to remain L’nu in the twenty first century. MARG has provided support to Annie in creating this podcast.

Upping the Anti: A Journal of Theory and Practice is an activist journal published twice a year. It provides history, debate and analysis on anti-capitalist movements predominantly in North America but also extends to covering issues internationally. Upping the Anti is comprised of an editorial collective in Toronto, associate editors and an internationally based Advisory Board.
MARG partnered with Upping the Anti to hire a communications coordinator/researcher to work on both projects; providing support to Upping the Anti through coordination of the advisory board and organizing social events, and providing support to MARG through the addition of thoughtful blog posts and contributions to our post-conference proceedings.